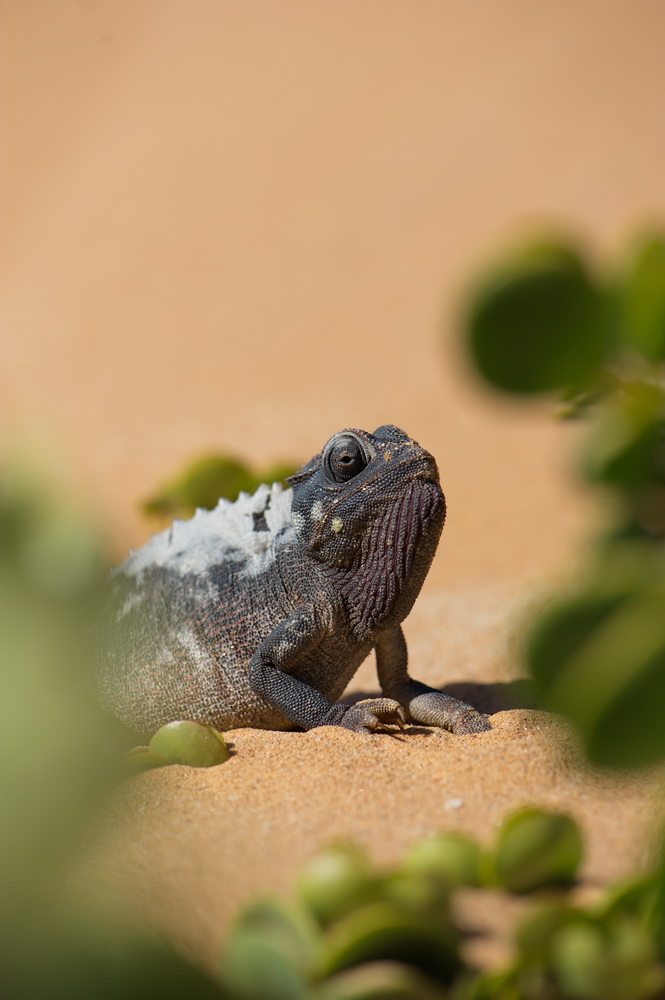 A long stretch of sand and rocks runs along the Namibia coast for more than 1500 km. Here lies the Namib Desert, the world’s oldest desert, almost unchanged in its present form for at least the last 2 million years. The Namib is an immense expanse of gravel plains and dunes of all shapes and sizes that stretch along the entire coastline of Namibia, hosting some of the most surprising animals and plants on earth. Millions of year of evolution have shaped the successful desert species, wonderfully adapted to survive in this severe landscape. From the gemsbok antelope to the white lady spider, everyone here has learned how to survive without water. Here the sun can shine for years, without a single rainfall. But the moisture, coming from the nearby sea, can let the ecosystem to survive, dispensing precious humidity over the dunes. Life always find the way
This unique landscape is now one of the largest portion of protected land in Africa, thanks to a long line of national parks, going from South to North: Richtersveldt, Sperrgebiet, Namib-Naukluft, Dorop and Skeleton Coast.